What Do Modern Tenants Want? To Be People First (Part 2)

What Do Modern Tenants Want? To Be People First (Part 2)

Always listen to experts. They’ll tell you what can’t be done, and why. Then do it.
-Robert A. Heinlein 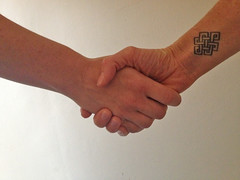 In the first part, we talked a bit about how modern tenants really do expect to be treated as individuals with unique needs and value — and how a landlord needs to be willing to do that if they expect great tenants. We talked about modifying your lease for potential tenants with special circumstances, and about how paying attention to a potential tenant’s needs and desires can help you start the relationship off on a strong note. But that’s hardly the only ways that you can show a tenant that they’re more than a wallet to you.

Communicate Effectively, Consistently, and Promptly
There’s nothing that says ‘I’m too busy to care’ more than a failure to attempt to communicate. Sometimes, your attempt fails and something goes wrong anyway, but tenants are generally at least willing to understand if you can show them that you tried. It’s when you don’t even put in an effort that they rapidly start to think ill of you. Your goal should be to get in touch with every tenant once a month for something other than asking for money — and of course, ensure that any message they need to receive actually gets to their voicemail/inbox/text log. Even if they don’t listen/read it, you can show you tried, which is the crucial part.

There was a condominium that we were running a few years back that developed a security problem — someone found a video online about how the specific kind of lock on the doors was super-easy to pick. We immediately moved to switch out the locks, and as part of that process, we put a note in every tenant’s mailbox. Well, a couple of tenants didn’t check their mail, and when they got home from work a week later, their keys no longer fit the front door. They were appropriately upset, but when we showed them the note and explained that we tried to inform them, they calmed down and dealt with the situation like mature humans, no unnecessary fuss generated.

Allow For A Variety of Preferences
Another thing that humans love — being able to do things their way. It makes them feel powerful and enabled, which we all enjoy. It’s almost instinctive, as a property manager, to figure out what’s easiest for you and dictate that method of doing things. The classic example is rent — it’s easy to say “Rent is due on the 1st, 5th with a grace period, and must be dropped off in person at the office or may be mailed in (but must be postmarked no later than the 3rd or it will be counted as late.)” It’s a lot more work to say “Rent is due on the 5th, no grace period, and may be delivered in person, over the phone via electronic check, electronically via PayPal or Chase QuickPay, or via the mail (but must be postmarked etc. etc.)” But tenants love that!

For a non-rent example, we once had a gentleman who couldn’t really get out — no driver’s license, no car, no bus stop within a half-mile of his house — who needed us to come out and repair his back door. Our standing policy at the time was that non-emergency maintenance requests had to be made in writing. When he called into the office, I told him as much, and he pointed out that his mailman hadn’t been terribly reliable lately (which I knew was true). But that building’s owner specifically requested written maintenance requests from tenants. After a bit of a chat, it turned out that he had access to a fax machine at his church across the street — so I gave him our fax line and told him he could use that to create a ‘written request’ and fax it in. He was happy, the owner was happy, and the door got fixed within 24 hours.

These are all items that, in the grand scheme, are actually pretty trivial from a property manager’s perspective. We frequently don’t think about them because it’s easy to not think about them — it’s easy to be rigid, thoughtless, and formulaic. But if what you want is to have modern tenants who respect you and want to work with you, it pays to give a little — especially in ways that make your tenants think highly of you.