The Incentives That Actually Keep Tenants Around

The Incentives That Actually Keep Tenants Around 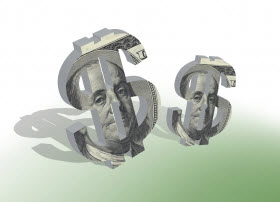 Offering incentives in order to retain a good tenant is simply smart business — it’s significantly cheaper to maintain a current customer by giving them a small gift than it is to market and find a new tenant. But how exactly to retain tenants (or, more accurately since we’re clearly talking about incentives here, what comprises an ‘effective’ incentive) is a question with a lot of potential answers.

Fortunately, Software Advice, an online review site for property management software, performed a poll of 500 tenants back in January, and the results are worth reporting.

Unsurprisingly, Money Is What People Want
Just over half of the respondents, when asked what kind of incentive was the most likely to make them change their mind about moving away, gave the least surprising answer: give them money. When asked to choose between types of monetary incentive, again, just over half said they’d prefer a discount on rent.

So somewhere just over 25% of all respondents — by far the largest single group — said that the benefit they would most respond to is a drop in rent. (The second largest group said they’d respond better to cash, and notably, they were older than the drop-in-rent group, so if you have older tenants, cash may be more successful.) Less desirable: a return on their security deposit, and a gift card.

Upgrade!
The next most popular response to the incentive question: an upgrade to the home or apartment, with just over a quarter of all respondents claiming they could go for some sort of improvement to their abode. The split here was very close, with just under a third of all respondents choosing evenly between ‘upgraded kitchen appliance,’ ‘new carpeting,’ and ‘washer/dryer.’ Less desirable than the three-way tie: new paint.

Free Stuff
There was a two-way tie for least desirable of the four offered incentives — one was the ‘free stuff for your home’ option, with just 1 in 9 people choosing it over the other three. That said, these folks had their priorities pretty clear — of the ‘free stuff’ crowd, more than a third suggest an upgraded kitchen (either a new appliance or a replacement of an older existing appliance.) Just over a quarter named the TV as the item most in need of an upgrade. Less desirable: a free tablet computer (though women, as a whole, would rather have a tablet than a new TV), and major furniture (i.e. dining room set, couch, etc.)

The same amount of people chose the ‘free stuff outside your home’ option, which was the other tied-for-loser. Among the options, the ‘free membership to local gym’ option was the most preferred, with almost half the respondents choosing it. Just over quarter chose ‘free grocery delivery’, and 11% chose ‘free rideshare service’. Surprisingly, 13% chose a one-time prize rather than an ongoing service: ‘free tickets to local event.’

Of course, there are a lot of other elements that go into deciding what incentives you can afford to offer — but simply knowing that rent drops and cash in hand are by far the two most popular incentives might get you to reconsider your offer of a new couch. If you can save money and improve retention in one fell swoop — well, we certainly consider that a win.

2 thoughts on “The Incentives That Actually Keep Tenants Around”