So Your Landlord is Selling the House You’re Renting

So Your Landlord is Selling the House You’re Renting

Surprisingly often, the house you’re renting can get sold and you won’t even notice until the new landlord asks you to sign a new lease. 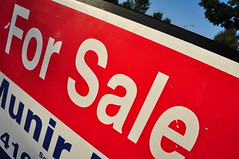 Metro Detroit’s rental market is a busy place — dozens of houses are sold every day. So what if you’re happily renting a house in Metro Detroit and someone knocks on your door and hands you a letter that says your landlord is selling your house? Well, as with most things, it depends — but at least in this case, the stuff it depends on it pretty straightforward.

Do You Have a Term Lease?

The first question is, do you have a term lease (i.e. you’re not on a month-to-month agreement)?  If you do, then whoever purchases the home from your current landlord is legally obligated to honor your current lease as-is. They have the option to offer you their own lease to sign, and you can sign it if you want to, but they can’t force you to sign a contract — and your old lease is legally enforceable until it expires, even if the landlord or owner changes.

That said, signing the new landlord’s standard lease is a great way to ingratiate yourself to your new landlord (always a plus). It can also be used to “reset” the time on your lease — usually your new landlord will be happy to see you commit to another 12 months.

There are two exceptions:

With No Term Lease

Because there is no legal obligation for your new landlord-to-be to take on your month-to-month lease, they will either tell your current landlord to get rid of you or they will demand that you sign their lease (which will often be a 6-, 12-, or 24-month lease) if you want to say. There’s really not much you can do about it, either.

While the Sale is In the Works

While the sale is processing, it can be a bit of a pain. There will almost certainly be showings, which means strangers coming through your home and poking around — not through your stuff, of course, but they can move your stuff if it’s blocking relevant parts of the home that they want to look at. Generally speaking, they’ll want you to be there for it (to avoid getting accused of stealing or breaking anything), but they don’t have to let you be there.

On the upside, they do have to give you reasonable notice (in Michigan at least; your state may vary) before they bring anyone inside.  So, in theory at least, you’ll have enough warning to clean up a bit before they arrive. Keep in mind that if you don’t clean up, you’re likely to run afoul of any clauses in your lease that insist you keep the place up to a certain standard of cleanliness and functionality.

If your landlord is just a little bit reasonable, you can possibly make this all a little easier on yourself just by asking. For example, instead of being subject to the chaotic scheduling whims of potential buyers, ask your landlord if a set weekly schedule for showings can be agreed upon. A standard weekly showing schedule will minimize the intrusions on your personal life and allow you to plan around it. This is incorporated in the Royal Rose Properties lease just for that reason. We request a daytime, an evening and weekend timeslots to make showings predictable.