Need A Quick Answer From Your PM? Try Not to Call On Mondays!

Need A Quick Answer From Your PM? Try Not to Call On Mondays!

You’ll probably get a call back on Wednesday if you call on Sunday…or Monday…or Tuesday…or Wednesday! 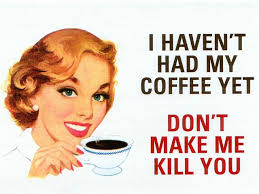 Mondays aren’t the best of days, for most people. You come back to the office after a weekend, you open your email with perhaps a twinge of dread because you know that someone set something on fire over the weekend, and it’s your job to fix it. You got to sleep late Sunday, because seriously, it’s the weekend! So you’re on your third cup of coffee, trying to make sense of the garblebabble in Geoff From Accounting™’s email, when your boss walks in and reminds you that there’s a meeting starting in 4 minutes, and you’re supposed to be presenting your new coworker.

Now imagine that you’re a property manager. You come into the office, and what you have waiting for you isn’t just Geoff From Accounting™ — it’s Jeff from Thomas Ave, and Sally from Meridian, and Karl from 7 Mile…Oh, and your building inspector just called in sick, and there’s a meeting in 4 minutes with your agents, and you’re supposed to presenting your new plan for tenant screening because you just had a tenant who turned out to be on Florida State’s Most Wanted list.

Weak Days
Monday is the day that every property manager in the world spends basically just putting out fires. It’s also the day that the most fires seem to get started, so whatever your PM thinks he’s doing on any given Monday, he’s going to do at least four more things than that.

Tuesdays are a coinflip — sometimes, there are still fires left over from Monday. Other times, Monday was just so exhausting that Tuesday might as well be a ‘hangover day’. You’re going to have slightly better luck getting a rapid response on Tuesday compared to Monday, but not that much better.

Wednesdays are the best day to talk to your PM. Last weekend’s fires will be mostly put out, but most tenants are at work all day, so getting called out to some emergency or other is relatively rare. Thursdays are passable, too.

Fridays, as you might expect, start to get hectic again. Not only does your PM need to prepare for the weekend, but a lot of tenants arrange their work schedules with Friday off (or half), and they know their PM is going to be in the office (or at least on the job), so they use that overlap to call in and bring attention to whatever needs it.

Exceptions to the Rule
Of course, if you have an actual emergency, or some other circumstance that actually requires an immediate response, don’t hesitate to call or text. Don’t expect a quick response if you send an email or leave a message at the office. (Leaving a message on the PM’s cellphone is a good middle option.) Regardless of the day of the week, your PM (or an agent thereof) should always be available if something is seriously wrong.