How do You Know Your Tenant Is Subletting with AirBNB?

How do You Know Your Tenant Is Subletting with AirBNB?

It’s hard enough when you’re screening the actual tenants — having complete strangers on your property is a straight-up no-go. 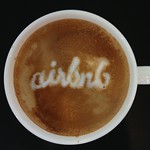 AirBNB, and similar services like VRBO and wimdu, allow someone to rent out a property they control by the night. This is great for homeowners looking to get some extra income while they’re on vacation, but it’s a huge pain in the butt for property managers. Even though almost every lease agreement in the country specifies that a rental property may not be used for subletting, it’s becoming an increasingly common problem across the country.

Discovering the Sublet
It’s difficult to know if one of your tenants is subletting through a service like AirBNB or VRBO. These sites don’t list their property by address, so you can’t just type in your property addresses into a search bar and see whether or not they’re listed, or set up any type of Google Alert. Instead, you name an area and get a vague map of roughly where the options are — not enough to nail it down as one of your properties. And while the sites require a host’s name, there’s no guarantee that your tenant will put their name down in that field.

The easiest way to discover a tenant that’s illegally subletting is by talking to the neighbors. We already keep neighbors in the loop, asking them to report any suspicious activity to us. Asking them to call in if they see a lot of different people coming in and out, especially later at night, isn’t a big deal to them — we do offer a modest reward if any actual issue is uncovered through one of their tips. With their help, it’s much easier to know when and where to look for evidence of subletting.

[Edit 2/24/17] The modern landlord might also find a variety of useful tools online. For example, we recently discovered SubletAlert.com, which monitors AirBNB daily, looking for any posts referencing any addresses on its list. It’s much easier than talking to the neighbors.

If You Find a Tenant Subletting
The laws surrounding subletting are currently in a little bit of flux. It’s completely certain that it’s a violation of your lease agreement, which means you can commence eviction proceedings the moment you have proof that it’s happening. But a recent New York State court case has called into question whether or not the offense of subletting is ‘curable.’ In other words, if the tenant stops and agrees not to start again, can they claim the problem has been taken care of and thus avoid eviction?

The judge in the New York case decided that illegal subletting was curable — meaning that there’s no real long-term consequence to getting caught unless you’ve already been caught doing it once before. That law currently only applies in New York, but it did set a precedent that courts in the rest of the country are able to look to should the issue come up on their docket. That said, eviction is your best option — even if it doesn’t work the first time, you at least can be confident that if it crops up again, it’s the last time you’ll have to deal with it…at least, with this tenant.

Why It Matters
Some of you may be asking, “So what? They’re subletting, who cares?” The answer is that most landlord insurance policies specifically do not apply to residences that are being sublet — so if, for example, one of those sublet-ees manages to break their ankle in your shower and sue you, your insurance company will reply with ‘sorry, your insurance policy doesn’t actually exist because of the subletting, good luck with that, goodbye.’ Suddenly, you’re on the hook for the medical bills of some complete stranger that you don’t have any kind of a contract with, and no insurance to help pay them. Definitely not a situation you want to end up in.
If you have a clue that a tenant might be subletting on one of your properties, don’t hesitate — get to the bottom of it immediately. It’s not a circumstance that any landlord should be any part of.

43 thoughts on “How do You Know Your Tenant Is Subletting with AirBNB?”