DIY Landlord’s Guide to Taking Great Pictures With a Phone

DIY Landlord’s Guide to Taking Great Pictures With a Phone

Contrary to most people’s intuition, taking decent property pictures with your phone is…well, OK, maybe not ‘easy,’ but at least ‘possible’! 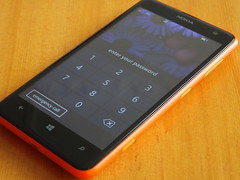 If you’re a DIY landlord, you likely don’t have the time or money to invest in and learn how to use a DLSR or other “real” camera for use in taking property pictures. Pictures, however, are absolutely vital to the landlording business: you need pictures of pre-existing damage during a move-in, you need pictures of new damage to give to a handyman and maybe to show to a judge, and of course you need pictures of the house at its best to attach to advertisements so you can get tenants in efficiently.

So how can you take all of these property pictures with just your phone? Here’s how.

Pictures of damage need to be taken twice: once up close, for maximum detail, and once far away, for context. They require you to have the technical knowhow to capture all that detail even when the lighting or other factors aren’t agreeable. Marketing pictures, on the other hand, need to be taken to maximize both the aesthetic value and the information contained within each picture — because depending on where you post them, you probably have a maximum of anywhere between 10 and 24 images you can put up. They require you to know how to frame a scene, and to have the technical knowhow to edit a picture to make it look as good as it can.

A phone isn’t a camera — it’s held differently, and it’s light weight and in some cases awkward or difficult-to-press buttons make it hard to keep steady and upright as you snap pictures. To compensate, always hold your phone in two hands when you snap, and tuck your elbows in tight against your body to keep the phone still. Take a breath in, and snap two or three pictures of the same item while exhaling slowly, so you can pick the clearest one. Oh, and don’t ever use the digital zoom — all that does is obliterate detail while making it even harder to take a crisp picture.

Almost universally, the best pictures are taken level with or just slightly below the subject. It’s hard, especially for taller people, to get a picture level with a part of the house such as an electrical outlet or baseboard heater — but the closer to level you can get, the better. If your target is actually flush with the floor, such as a register, try to take the picture straight down instead.

The best lighting comes from all directions at once, to prevent shadows — but two or three will do. If you only have one significant source of light, use your flash to create a second. If you don’t have any, grab a flashlight or some other light source and set it up at a 45 degree angle illuminating the most important part of your subject, while you use your flash from head-on.

ADVICE: invest in a rechargeable, high-intensity spotlight for taking pics of rooms & basements with poor lighting. You can find a decent one for under $40.

Depending on your phone, you have access to a variety of useful camera tools. Google around a bit and see if your phone has:

By practicing the right stance and grip to keep your phone level and steady, keeping in mind the purpose, angle, and lighting, and not ignoring the built-in tools your phone is already offering, you can take property pictures that you will be proud to put up on Zillow and Craigslist. Take a few extra minutes the next time you’re snapping shots to give it a try!