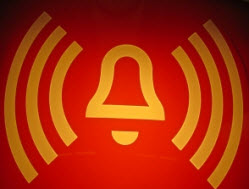 Will more cities start requiring them?

The smoke caused by house fires can be detected in numerous ways without a smoke detector; heat, smell, sight, sound and even taste. We can detect smoke in our homes with all our five senses. CO or Carbon Monoxide on the other hand is colorless, odorless and tasteless. It stands to reason that smoke detectors should not be the only safety concern of cities when CO is potentially much more dangerous and difficult to detect.

The Consumers Product Safety Commission recommends that all homes have at least one CO Detector installed near sleeping quarters, preferably one on every level of the home. CO Detectors shouldn’t be installed near or above fuel-burning appliances or within 15 feet of heating or cooking devices.

Given all this, it should come as no surprise that more and more cities are starting to require CO Detectors.

Landlords won’t find a lot of battery-only CO Detectors as they tend to go through batteries fairly quickly. Most are plug-in or hardwired types. CO Detectors also have to be replaced every five years or so, depending on what the manufacturer suggests.

Wal-Mart, Lowes and Home Depot carry numerous CO models with varying prices. A smoke detector costs anywhere from $7.00 to $65.00. A CO detector, a good one that recalibrates in fresh air (like recharging a battery) costs anywhere from $19.00 upwards to $329.00. An inexpensive Carbon Monoxide detector is one that will collect CO until it is full, but will then begin, most likely, to give off false alarms – this coming from a Captain at the Detroit Fire Marshal’s Office (313-596-2954).

When considering where to install a CO Detector, keep in mind that CO is less than 97% as heavy as “air’. On top of this CO will usually be mixed with hot gases being given off by something burning, so it will usually rise. Please read the manufacturer’s directions thoroughly to install correctly.