Why Isn’t My Property Renting? Part III: Showing and Closure

Why Isn’t My Property Renting? Part III: Showing and Closure

Even the best ad in the world can’t save you from a showing agent having a bad hair month. 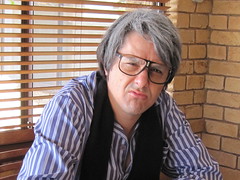 So having followed the suggestions laid out in Parts I and II, you’ve reached the point at which your house looks good, everything is in good repair, you have good pictures, your ad is well-written and uses sales techniques skillfully, and it’s even keyed in to the culture you’re selling to. But the #@)&*$ property still isn’t renting! What else could possibly be wrong?

Well, it could be that the people that are interfacing with your applicants aren’t doing a good job of it. It’s painful to suggest, but it does happen.

Getting Showings Scheduled: the Danger of Phoning it In

When a prospect submits an inquiry, they generally do it either by phone or email. An emailed inquiry is generally pretty easy to reply to, but runs the risk of not getting any further activity. The phone, however, is where things can go wrong. If the person answering your phone isn’t perky, positive toward the house, and determined to schedule a showing, the chances are the phone call will be a dead-end.

The “determined to schedule a showing” part is actually the most important — in our experience, vast numbers of people call in to ask questions about a house, but if all you do is answer questions, they’ll hang up and you’ll never hear from them again. Instead, train everyone who answers phones for you to ask the caller up front for their name, phone number if it’s not on the caller ID under their name, and email. Then set an appointment to show the house. Then answer any questions they have. If they want to cancel the appointment because of the answers they hear, that’s fine — but most won’t.

Agents Represent You in the Eyes of the Prospects

When someone arrives at a home for a showing, they expect to be met by someone that is part of the entity that owns (or manages) the property. That means that every flaw and foible in the agent’s attitude and persona is going to be mentally transferred from them to your entire company. (Also it means that having the agent on-scene ahead of time to walk through and make sure everything is in order is crucial!)

Now, everyone has bad days — even people who are professional salesfolk. But when a house hasn’t had a successful showing in weeks, that’s not a bad day; it’s a sign of a much deeper problem. You obviously can’t be responsible for the psychological health of every agent that shows your houses, but you can be responsible for initiating the process of recruiting a new agent, or for shuffling agents around so that someone with greater positivity and verve is showing the houses that are in the greatest need of a tenant.

The Interview Goes Both Ways

Finally, there’s the screening interview — the last step, generally, before the applicant signs the final lease that makes them officially a tenant. It’s easy to think of the screening interview as a one-way interrogation: they’re there to prove to you that they deserve to rent the house, and you’re there judging them. But it’s never that simple! Every potential tenant, no matter how nervous they are or how badly they need a place to live, is also judging the kind of landlord you will be during that interview.

That means that it’s on you to make sure your interviewer is personable, reasonable(-sounding), and especially that they don’t show any sign of discrimination or bias in the way they talk. Even if someone who has a bad experience in the interview does sign up because they actually have no other option, they’re going to start their tenancy looking for reasons to think that things are going badly — and that means they’re going to cost you more than a tenant that starts happy.

And there you have it — a complete guide to why your property isn’t renting, from move-out to final interview. If you’ve got something to add, let us know in the comments!