What Do Modern Tenants Want? To Be People First-Part 1

What Do Modern Tenants Want? To Be People First-Part 1

Specialization is for insects.
-Robert A. Heinlein 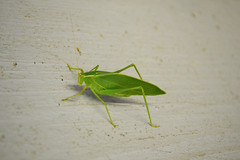 It’s almost impossible to estimate the impact that the Internet has had on modern tenants these days. We are, as a nation, more connected, better-informed, and more willing to tackle problems — as long as there’s a how-to guide on YouTube or About.com. Heinlein’s quote about specialization is becoming a reality, at least for those of us who have the time and energy to pursue questions like “How do I write a sonnet?”

That kind of casual empowerment has radically changed the American ‘tenant market’ in some amazing ways. Businesses of all kinds, including your humble local property management firm, have learned that people aren’t all that willing to act like replaceable cogs in the profit machine. If you want to impress people, you have to show them that you are willing to treat them as a unique individual.

But how can you do that while still offering the maximum level of service to every client? Here’s how:

Be Willing to Amend Your Lease Agreement For Special Circumstances
90% of a lease agreement is inviolate — you’re not ever going, for example, to tweak your lease such that you’ll end up paying for pest control if your tenant insists on composting her food on her kitchen floor. But there are areas that can be modified when there’s a good reason (assuming the homeowner agrees with the property manager that it’s an acceptable change.)

For example, we had a house that was explicitly listed as “no pets,” and we had an about-retirement-age woman who had a mild health condition that, according to a verified doctor’s letter, made it necessary for her to live with a pet. She came in with a pamphlet about how her particular tiny dog’s breed was the most house-friendly breed, and we sent it to the owner. She moved in, lived for several years, moved out without so much as a scratch on the hardwood, and hopefully, lived happily ever after. She was one of our best tenants, and we’d never have had the pleasure if we had been inflexible.

(That said, it was one of maybe a dozen exceptions we’ve given out since we started Royal Rose. It’s amazing how many modern tenants don’t understand what a “good reason” legitimately consists of.)

Show Them That You Understand Their Needs
Every human lives a unique life, and quite frequently the things that annoy humans the most are other humans that simply cannot wrap their brains around a significantly different lifestyle. If you can take some notes — often, for us, it’s during the initial tenant screening interview — and jot down the things that stand out as unusual to you about someone’s daily life, do so! You can use those notes later to show them that you’re paying attention and that you understand, and everyone wants to be understood.

For example, we had a fresh-out-of-college kid come to a showing for an inexpensive but busy townhouse in a complex of a dozen. When we chatted with him, he told us he worked the nightshift at a 24-hour facility as a gate guard, and he basically just needed a bed with a lock on the door. By the end of the meeting, it occurred to me that the complex he was interested in was pretty loud most of the day long, so I asked him if he was a deep sleeper. He said no, and I immediately grabbed my binder and whipped it open to a duplex in a neighborhood that was mostly empty. The other neighbor was a great tenant who also happened to be quite old and mostly deaf, so she wouldn’t mind her upstairs neighbor coming out at odd hours. It also saved him $30/month. When I explained why I thought it might be a better fit, he agreed on the spot to see it, and moved in the next week. We’d been trying to fill that second duplex for several weeks — but by paying attention to what he needed, we got what we needed along the way.

There’s more — but we’re out of space. Check back next week for a couple more ways to please a modern tenant without breaking the bank (or your back).

One thought on “What Do Modern Tenants Want? To Be People First-Part 1”