What a Lease Can’t Do For You

What a Lease Can’t Do For You 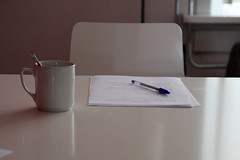 Last week, we wrote extensively about the many facets of a comprehensive lease agreement. But what we didn’t touch on (and should!) is the number of things that legally cannot appear in a lease. Depending on the precise circumstances, having one or more of these clauses in your lease could have effects ranging from invalidating a portion of the lease to invalidating all of the lease — or even resulting in misdemeanor charges and fines! So let’s be very careful about what you can’t do and why.

The Most Common Mistake: Altering This Agreement

Far and away, the most common mistake a newbie or even longtime DIY landlord makes with their lease is to include a clause that claims to allow the landlord to alter the lease at any time at the landlord’s discretion during the tenant’s stay at the property. It’s such a commonplace clause in contracts: “We reserve the right to alter this agreement at any time, etc. etc.” It shows up in End User License Agreements, Warranty Agreements, and almost every contract you sign with a major corporation — but it’s strictly illegal to change a lease in mid-tenancy, with the single exception of changing the rental amount, and even that often has state laws regarding how often and/or how much it can change within a 12-month period.

You can change a lease at any time, like any other contract, as long as both parties agree to it and sign an addendum or new contract that replaces the previous one.

Federal Laws that Cannot Be Ignored

The next-most-common set of unenforceable lease clauses are those that would violate the civil rights of the tenant. Specifically, any clause that would discriminate against a protected class is not allowed in a lease. Currently, the protected classes are:

Also, thanks to the Americans with Disabilities act, you cannot discriminate against people with disabilities that do not prevent them from using the house in its current state. For example, you can’t discriminate against someone that has to use crutches to get around, but you can turn down someone in a wheelchair that tries to require you to install a ramp so they can live in the home. If a person in a wheelchair is willing to sign an agreement to install a ramp and then remove it when they move out, all at their cost, we suggest you run it by an attorney.

Note: this list applies to clauses that come into effect after the lease is signed — the Fair Housing Act actually makes it illegal to discriminate on almost any basis outside of ‘are they financially suitable as a renter’ and ‘do they have a good chance of trashing the place.’ It applies right up until the lease is signed.

Finally, the lease cannot allow the landlord to violate the Consumer Protection Act. This has a lot of small implications.

Finally, the lease cannot include any clause that would allow or force the tenant to waive their right to a “clean, habitable dwelling.” This might seem like it would never come up, but a surprising number of cheeky landlords will try to slip in clauses like “tenant is responsible for replacing the furnace” — but that’s not usually allowed in a lease. Having heat is part and parcel of having a habitable dwelling, and your lease cannot set up a situation where they would end up in an uninhabitable building through no fault of their own.

Of course, “no fault of their own” is a small umbrella — for example, with proper tenant maintenance, there are very few pest problems that would just randomly occur and make a property uninhabitable. Thus, pest control is something that is absolutely allowed to be the tenant’s responsibility in a single-family home. Similarly, a tenant who fails to pay for utilities doesn’t get to claim that the house is unlivable because of it.

All told, most of the restrictions on what leases can or can’t do are common sense — once you’ve seen them written out. Hopefully, now that you’ve finished this post, you can look at your lease with a little more confidence. Remember, if you have a question, bring your lease to a real estate attorney for a final review!