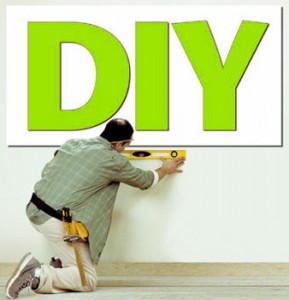 How much does it really cost you to get your property Rent-Ready when a tenant moves out?

We know a property owner that had tenants move out of a rental property in November and the property still isn’t ready to rent out 7 months later.  He insists he’s “saving money” by doing most of the fixing up on his own. As he’s losing about $800 per month in rent while it’s vacant, a total of $5,600 so far, we’re not following how he’s really saving any money.

This is an all too frequent mistake made by DIY’s.  Of course, it all sounds like a great idea at first – do all the fix-up work yourself after the day job and on weekends, pocketing all the savings!

Seasoned property owners are probably already smiling as they remember making their own mistakes doing exactly this.  Those that were lucky enough to avoid making this mistake themselves are probably smiling at thinking of all the “newbies” they’ve seen make it.

So, how does this great idea turn into an expensive nightmare?

Well remember how the work was going to get done after work and on weekends?  Many DIY’s severely over-estimate their available time to actually get to a property and do the work.  They underestimate their other commitments – working late, traveling for work, practice & games with their kids, birthday parties, the family/friend that comes into town for a few days, the unexpected invite to a sporting or entertainment event, the list goes on and on.

Before they know it – the project that was going to take 30-45 days to fix-up and rent out has now taken twice that long and still isn’t generating any income.  Even worse, some start throwing “good money after bad” by thinking that they’ve already lost so much rental income that they have to finish the project themselves to try to get back to “even”.

That thinking rarely works in Las Vegas and probably isn’t going to work in this context either.

Let’s analyze this logically.  Are you going to save any money on materials when you DIY a project?  Very unlikely.  In fact, if you don’t really know what you’re doing, you could easily spend more than a contractor on materials due to your mistakes and waste.  So, we’re really only talking about a DIY trading their time for the contractor’s time to save on labor costs.  The only other variable to consider then is the time to complete the job.  We can all probably agree that a DIY will almost always take longer to do something than a professional.  So, the only way for a DIY to actually save money is if they can get a property Rent-Ready fast enough so their lost rents are less than the cost of the contractor labor.  We can even put together a mathematical equation to illustrate this:

Which can be rewritten as:

In this example, if the DIY can’t get the project done in less than 4.5 months, than it’s cheaper to hire a contractor to do the job!

Now there are more than a few property owners out there that can pull something like this off successfully.  The majority though, for various reasons, can’t or won’t.

By the way, this same logic can be applied to rehabbing a property just purchased – with the intention to rent it out or flip it (resell it)!

So, can you be honest enough with yourself about your available time to make the right decision on your next Rent-Ready or Flip project?