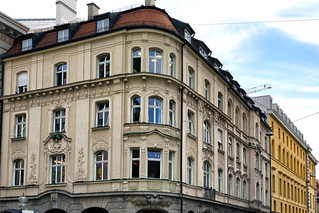 Real estate investment is an enormously complex activity — far more complex, in fact, than any one investor can ever really wrap their minds around. That’s because property values are affected by a massive ecosystem of short-term events, long-term trends, mostly-permanent geographical features, and unpredictable political changes on the municipal, county, state, and federal levels. Recently, one of the more significant long-term trends has been a move back to the urban cores of America after nearly two decades of settling the suburbs. But does that mean urban areas are inherently a good investment right now?

Nope. But it certainly can be. Let’s look at some of the things you need to take into account if you’re going to invest in an urban residential property.

Urban Properties Tend Toward Lower Vacancies
Urban rental markets are usually fairly full-up, with more erstwhile renters than there are units to rent. A standing vacancy rate of 6% is pretty standard for urban areas around the US, whereas sparsely-populated rural areas can hit 25% on a regular basis. This is good for investors, provided you can keep up on the maintenance and renovations enough that you’re not in an ‘enforced vacancy’ status.

Diversity is Greater in Urban Areas
We’re not talking about racial or ethnic diversity either — we mean that both properties and renters come in wider varieties downtown than they do in the suburbs. You can find historic homes, dirt-cheap three-decade-old SFRs, trailer parks, apartment buildings, and everything in between, and you can find yuppies, hippies, retirees, college students, empty-nesters, and everything in between to rent to.

Urban Areas Are Their Own Selling Point
When you’re purchasing a property in the suburbs, you have to market the home based on its own attributes: appliances, amenities, square footage, and so on. When you have a property in an urban core, the downtown itself is why people want to live there. What’s going on outside the rental is far more important than what goes on inside, as long as the inside is good enough to pass muster.

Costs Are Absolutely Bonkers
It’s not uncommon for urban-core properties to cost 20% to 40% more per square foot than rural properties. Furthermore, the ongoing costs to maintain and repair buildings downtown are higher by a similar margin. If your building is older (5 decades or more) or are historic (at any age), you can add another 50% to that. Fortunately, many renters are willing to pay a premium to live in a historic building provided you market it as such.

Lease-Breaks are Far More Common
People move into cities quickly — and many of them move out just as quickly. It’s not uncommon, when dealing with an urban rental, to discover that your rental has been vacant for three weeks because you went out to collect a late rent check and discovered  that the place was empty. Chasing down the tenant and collecting the late rent is like a police investigation: if you can’t do it in the first 72 hours, it gets harder and harder with every passing day.

Urban Areas are High Crime Areas
Simply put, packing in more human beings per block causes the crime rate to rise faster than the population rises. If you manage to snag a sweet rental property in an urban area, you have to be vigilant about gang violence, robbery, burglary, and vandalism.

City Codes are a Pain in the Butt
In a rural area — or even in the suburbs — it’s not uncommon to go for a few years with a noticeable code violation before anyone calls you on it. In the downtown core, you will get pinged by an inspector within a few months, and you will get fined for it if it’s not fixed by the time the inspector comes around next — which might be within a couple of weeks! Investing in an urban rental property means being super-strict about your maintenance and repairs.

Any rental property can be awesome — or awful — depending on the enormously complex web of factors we mentioned at the beginning of this post. When you’re going to purchase an urban property to rent out, however, you have to be on your game — the rewards are high, but the risks are high, too. If your risk tolerance isn’t at a near-heroic level, consider a suburb instead.