The Tipping Point of Poverty: When Poor Neighborhoods Go Bad

The Tipping Point of Poverty: When Poor Neighborhoods Go Bad

If you’re not familiar with tipping points, Google ‘Malcom Gladwell’ and read up. Dude’s a genius. 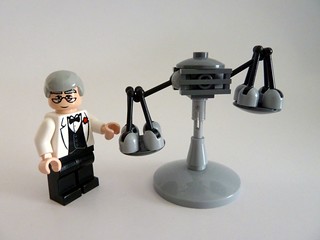 As a landlord in a variety of areas stretching from downtown Detroit all the way out to the far reaches of Macomb and Oakland counties, we work with a wide variety of neighborhoods (and people). We’ve got a kind of a unique insight as to how neighborhoods fall off the radar, and we thought it might help all you real estate investors out there to see what we see.

0-10% Poverty
A neighborhood that has 10% or less of the people living below the poverty line is basically a normal neighborhood for all intents and purposes. The difference between 0% and 10% is zero as far as any measured statistic (that a property investor might care about) can tell.

10-20%
Between 10% and 20% poverty rates, property values (and rents) start to slip downward. Not a lot, but enough that it becomes noticeable — like the crest of a hill…that is about to become very steep as you keep going down. These are still safe areas to invest in, but you have to be very careful as they could tip down to the next level…

Neighborhoods that Break the Rule
There are neighborhoods that don’t follow this rule — and in fact the reason why has been studied and there’s been a paper published about it. They call the effect ‘collective efficacy’. It basically means “The neighborhood got itself organized and banded together to keep itself straight.” As the paper says, a neighborhood that has collective efficacy wards off most of the effects of poverty (or what they call “concentrated disadvantage”) strictly by getting most of the neighborhood to band together and consider itself a single “in group.”

A second paper published later validated the results and added some specific numbers on the degree to which having an organized, highly-involved neighborhood warded off crimes — and they were pretty startling. In particular, the rates of violent (i.e. non-“desperate for money” crimes) dropped to near-zero levels, and most non-violent crimes dropped by 25%-60%.

The Upshot
The point of this is pretty simple: if you’re a property investor, don’t invest in a neighborhood that has a 20% or higher poverty rate. The two exceptions being a sudden surge out of poverty (i.e. the rate was 50% this time last year year and now it’s 20% and improving), or if the neighborhood has a very strong, active community that sees itself as a ‘team’ and values its community.