You hurt more than just yourself when you screen poorly.

We’re going to start this with some scary statistics collected by a research firm in Boston, all of them about landlords who “do it alone” and don’t rely on the services of a property management company:

66% of them do not conduct Sex Offender Registry checks on their prospects.

49% of them do not conduct criminal background checks on their prospects.

49% of them do not contact past landlords or other references offered by their prospects.

23% of them do not conduct credit checks on their prospects.

This is great news if you’re a shady character looking for another victim to scam out of a few months of cheap or free housing — but there are some pretty clear disadvantages for the rest of the DIY landlords. There are also some disadvantages that aren’t that clear at all. 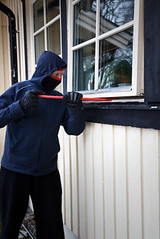 Criminals Commit Crimes
Hopefully, this is one of those “No, really?!?” moments — and yet, landlords that decide to forgo proper background checks are much more likely to be the only ones that will end up with criminals living in their properties. According to the Bureau of Justice Statistics, more than three in four criminals will be arrested again within five years of leaving the system — presumably, those that don’t get caught commit crimes even more often.

This means that every one of those 49% of DIY landlords who isn’t conducting regular criminal background checks on their clients is opening up not just themselves, but every neighbor (and every neighborhood) near their property to a criminal that is waiting to stumble onto a situation they can take advantage of.

Sex Offenders Are a Special Case
You might be thinking, “Well, that’s OK, because I totally do criminal background checks.” Maybe so — but do you also do Sex Offender Registry check? Because some state laws will keep some crimes from showing up in a criminal background check performed in a different state — but the Sex Offender Registry shows up the same no matter where you are. So while it might be possible for a clever criminal to hide a burglary or vandalism, no convicted sex offender can. If you fail to perform this straightforward background check, you could literally contribute to a crime that you genuinely don’t want to think about…at all.

Catching an Uncaught Criminal
Of course, there’s always the chance that a criminal simply hasn’t been caught yet. That’s one of the reasons why it’s so important to perform a thorough credit check (not just credit score!) and to contact all of a prospect’s references — landlords and other — and chat with them. Don’t just ask a couple of yes/no questions and hang up; ask some open-ended questions and provoke a conversation. If they got a bad vibe at any point, you want to know about it.

Also, be on the lookout for financial red flags, like a prospect asking if he can pay a reasonable deposit amount in two payments, or asking if he can pay rent in cash, especially if he wants to drop the cash into your drop box every month rather than seeing you face to face.

One thought on “The Startling Effects of Poor Tenant Screening Practices”