The Realities of Renting to an “Illegal” Immigrant

The Realities of Renting to an “Illegal” Immigrant 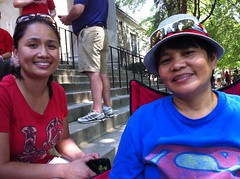 Let’s get one thing straight — the term “illegal alien (or immigrant)” is a hot topic right now and we’re not here to discuss politics. We only care about collecting the rent.

Is It A Crime to Rent to an “Illegal” Immigrant?
No. There’s a lot of hubbub on some websites about the Immigration and Nationality Act, which makes it a felony to “harbor” such a person — but the Federal courts have repeatedly held that it’s not “harboring” unless you do something to specifically obstruct the Feds from discovering your tenant’s immigration status.

Is It A Crime to DECLINE to Rent to an “Illegal” Immigrant?
Effectively, it is! The Fair Housing Act specifically forbids discriminating against people based on their country of origin, and the Federal courts have already ruled under the “disparate impact theory” that refusing rent based on the lack of a Social Security Number or other documentation has a definite disparate impact on people of certain nationalities. In short, because there are people who are legal aliens (yes, that is a thing) and don’t have SSNs (like students coming over on a student visa), a landlord cannot discriminate based on the existence or nonexistence of documentation. There’s effectively no way of proving that a given person is “illegal” or not, so any attempt to make to gather that information basically counts as discrimination based on country of origin.

Is it Wise to Rent to an “Illegal” Immigrant?
Let’s be completely honest: people are people. You can hold whatever opinions you want to about whoever you want to, but we deal with some of the most desperate people in the country on a daily basis, and can tell you, we’ve seen both extremes. We’ve seen “illegal” immigrants who are so scared of getting caught that they would never consider being a day late on their rent and keep their house cleaner than yours. We’ve also seen a 3-bedroom house that had four people in each bedroom plus 17 pallet-beds in the basement despite being rented, on paper, by a single crotchety old “illegal” woman.

What you need to worry about: it’s not whether your applicant is “illegal” or not — it’s whether they’re a decent human being or not. Once again, it all comes down to a single question: how good is your tenant screening? Master that one thing, and you can stop caring about details like “are they in the country legitimately” or “are they an ex-convict,” and start caring about things that will actually affect your bottom line.

One thought on “The Realities of Renting to an “Illegal” Immigrant”