The Only Great Reason to Not Hire a Property Manager

The Only Great Reason to Not Hire a Property Manager

…is that you really want a job rather than an investment. 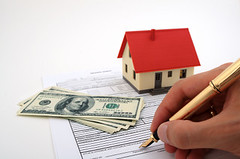 There are a lot of property investors out there right now — probably more in the last five years than at any point in time since the New Deal. They come in all shapes, sizes, colors, beliefs, and even wealth levels. But the one thing that unites them all is a desire to make money. That’s why they’re investing in the first place.

Do You Want a Job? Or an Income Stream?
Let’s make this as clear as we can: being a property manager is a straight-up job. You might not technically have a boss, per se, but believe us when we say, tenants who call you at 3am in a panic, because their basement is flooding, are even worse than bosses. They’re worse because you can always mentally flip your boss the bird and feel a little better about life; a tenant who has a genuine emergency is only rarely at fault, and they are literally dependent on you to set their life back on track with minimal losses.

They’re also worse because a boss will generally at least give you a sit-down-and-talk before they do something like not hand you your paycheck. Tenants, on the other hand, will not only withhold rent without saying anything, but they’ll often fight you when you tell them that you have to pay up. It’s not very often you have to take your boss to court to get paid, but with tenants, it’s…well, still not THAT often, but more so than with a boss.

Essentially, the difference is time vs. money — if you manage the property yourself, you’re making a little extra money each year (industry-wide, it’s about 8-10% more; about 1 month per year’s worth of rent goes to pay the average PM.) In exchange for that 8-10% more money, you’re going to give up a vast amount of time — time spent looking for tenants, screening tenants, organizing renovations and repairs, responding to emergencies, collecting rent, and yes, even going to court.

If you hire a PM, you give up some money, definitely — but you also gain back dozens of hours each week (minimum!) that you could have lost had you taken the other route. Time that you could spend earning money in some other fashion, or learning how to make your next investment even better than your earlier ones.

In short, the only reason to not hire a property manager is because you have enough money to invest in a rental property, but what you really want is a job. There totally are legitimate reasons why someone might make that choice. At least, we’re sure that there are. Somewhere.