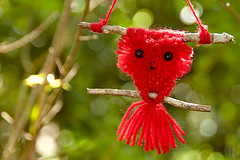 On to part four of our five-part series on SEO for Property Managers. Over the past three posts, we talked about how managing your web content and developing backlinks can help your content achieve a higher rank on the search engine results. Today, we’re going to talk about one of the weirder aspects of SEO — one that doesn’t even seem like SEO to begin with — the influence of social media on your search engine results.

The Effect of Social Media on SEO for Property Managers

The reason social media is important to SEO SEO for Property Managers is that there’s a single aspect of content ranking that we didn’t discuss back in Part II: freshness. Content that is new gets a boost in the rankings, and that boost is determined by two things: the number of times the content is mentioned on social media, and the number of copies of the content that get spawned on the greater web.

This matters because it’s during the freshness boost that your content gets it’s chance to build the factors that will allow it to continue ranking as the boost declines (which happens at different rates for different types of content, but sits at about 2 weeks for a standard-issue blog post). Looking back to the off-page SEO post, you’ll see that the major factor in question is ‘backlinks from different websites’ — but you can also use this time to establish a baseline for your new content’s user experience and value.

How to Get the Biggest Boost from Your Social Media

Social media is an entirely unique beast, entirely different from other forms of content creation. The things you post to social media sites are stored forever, but only stay on people’s feeds for a number of hours or even minutes. Furthermore, your social media posts only show up in the feeds of your followers. This means that in order to maximize your social media power, you need to:

Each of these is a genuine art-and-science unto itself and we could easily write a post or three about each of these points, but here’s the Cliff Notes version.

Have you ever followed someone on a social media page (without being asked to)? Think back to why you did that. Chances are really good that you followed them because they were putting content out there that tickled your fancy. Maybe it was clever, maybe it was inflammatory — but almost guaranteed it was stimulating.

Getting followers on social media is largely a matter of having a lot of personality and being interactive — that is, responding to what your followers are saying (or, before you have lots of followers, responding to news events or social posts from popular users in your industry). You do have to be careful to be politically correct, because there’s nothing more crushing than having your follower base turn on you for saying something socially unacceptable. If you can keep out of troubled waters in that regard, however, it’s almost always to your benefit to provoke memorable, emotional reactions from your followers.

Once you have followers and you’re posting content that they like, you will naturally start to get likes, replies, subscribes, and shares. But you’ll get more of them if you proactively seek them out. In order to get more of these things, you have to do two things.

There’s nothing quite like crafting an immensely clever or important Facebook post at 12:20am and hitting post only to find out the next morning that no one saw it because by the time they all woke up, it was 57 stories down in their feed and ain’t no one got time for all that scrolling. That’s why most businesses and other groups that want to maximize exposure do so at the times when the most people are on the channel.

More detail on that in our next post, Part 5 of our Property Management SEO Primer. For now, it’s enough to know that social media success is the crucial setup for long-term SEO success, and it’s based on getting followers and getting those followers to see and interact with your content.

Next Time: Part 5: Bringing it All Together