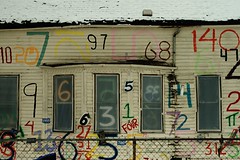 The numbers from the first part of this post vary for a lot of reasons, and unfortunately it’s difficult for a DIY landlord to figure out what they’re ‘supposed’ to be. Every season, every neighborhood, every website you can post an ad to will have its own effects on the numbers.

For a property manager with lots of properties, these numbers have enough context (in the form of similar numbers from other advertisements) that they can be compared with each other. For someone with only a few houses to rent, however, figuring out what they’re comparing to is a genuine puzzle. Perhaps the best strategy for a DIY landlord is to record the crunched numbers for each property week after week, and use the previous weeks for comparison.

So what does it mean when your weekly numbers or conversion rates suddenly change? Or when one ad is performing obviously differently from the others? Let’s talk about what each transition between stages means.

From the Future Tenant’s Perspective
Imagine that you are looking for a property to rent. When you see a link to an ad, what would make you decide to click on it? Or more importantly, to avoid clicking on it? Generally speaking, the answer is that either the title or the thumbnail picture turn you off. Therefore, if you have an ad up that is getting distinctly less views than your others, those are the first places to look. (The other major factor is that the property is just located in an area where no one is searching in the first place, but there’s not a lot you can do about that.)

OK, now imagine that you’re looking at a property advertisement, and you’re asking yourself whether to want to pursue this particular property any further. What are the most likely things that will convince you to click away without calling, emailing, or filling out the little form next to the ad? Again, in general, the most common answer is that something about the ad you’re looking at — either the copy or the pictures — turned you off on the property. So if you have an advertisement that’s getting plenty of views but low inquiries, it generally means that something on the inside of the advertisement is driving your potential tenants away.

Now pretend that you’ve scheduled a showing, but you haven’t been to that showing yet. What reasons would you have for not attending? For many people, something simply comes up that is more important than the showing — but those people reschedule. For others, something comes up that is more important than renting the house. Those people don’t reschedule; they vanish. But at least around here, the largest group is people who took the time to drive by the house, and decided that it wasn’t worth attending the showing due to the look of the house or the look of the neighborhood around it.

Next, imagine that you are at a showing, looking at a house, and you’re deciding whether or not you’re going to take the bigger step of paying the application fee. Imagine what you might find inside that house that would convince you that the $25 fee isn’t worth it. Here, there are two completely different factors in play. First, you may have discovered something about the inside of the house that wasn’t clear in any of the pictures or ad copy. Maybe the kitchen is smaller than it looks. Maybe it smells bad. Whatever the reason, it’s something that only someone who has actually been in the house will know — which means your best bet is to ask the agents doing the showing.

The other potential factor is that the would-be applicants came hoping they’d meet up with a landlord that wasn’t all that keen in in-depth tenant screening…and discovered otherwise. This is where you run into the ‘bad neighborhood’ factor mentioned in part I. If you get decent views and inquiries and showings, but then no apps and the agent has no idea why, check the neighborhood: it might just be that it’s an iffy area where you’ll have to offer lower rent.

Finally, you have the question of getting plenty of applications, and no one passing the tenant screening. This is actually the same problem as above, but the people applying are frankly not sharp enough to realize they have no chance of passing the screening. (Either that or they’re duplicitous enough to think they can cheat your system). Generally speaking, if this is your problem, be glad — because these were probably not tenants you wanted to sign in the first place.

One thought on “Rental Marketing Analysis: What the Crunched Numbers Mean”