Rental Inspections: When, Why, and How

Rental Inspections: When, Why, and How

If you’re not keeping track of the condition of your rental properties, who is? 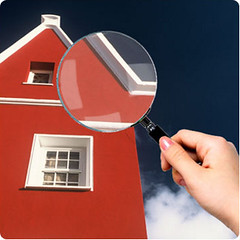 There are four basic kinds of rental property inspections that a property manager or investor should perform regularly: move-in, move-out, drive-by, and in-home. If you’re not doing all four (or having them done by someone you trust), you’re putting yourself into a large amount of unnecessary risk. Here’s why:

Move-In Inspections
When a tenant moves into a property, it’s important that the two of you create a list of every issue with the space that could, potentially, cause you to withhold any part of their security deposit when they move out. This is for their benefit, so that they aren’t held accountable for something that wasn’t their fault, but it’s also for your benefit, so that you have proof when they move out that any deductions you do make from their deposit are legitimate.

You want this inspection to be performed by the tenant, so they feel satisfied that they are being as thorough as they want to be — but at the same time, you need to be present as well. That’s because you need to make a complete record of every issue they find, including written notes, pictures taken of each item, and even a final video walkthrough at the end that visits each issue, showing the context of each problem. For example, you might not be able to tell after seven years that a particular picture of a crack in the drywall was taken in the front bedroom as opposed to the kitchen — so having a video (with the tenant in it!) to refer back to can be a godsend. Be certain to have the tenant sign off on all of their notes at the end so you have evidence that they approved the list of acknowledged issues.

Move-Out Inspections
The logical counterpoint to a move-in inspection; a move-out inspection is essentially exactly the same process, except you are performing the inspection. Once you’ve gotten a thorough record of all issues worthy of withholding a portion of their security deposit — again, written, pictorial, and if possible on video — you can subtract the move-in list from the move-out list to get a clear understanding of precisely what you should be withholding for.

This is critically important because it only takes one angry tenant plus one judge having a bad day to end up stuck paying not just for all of the repairs to a damaged home, but possibly up to triple the amount you tried to withhold in damages. Having rock-solid proof of exactly why you’re being perfectly reasonable is the best way to make sure you don’t get stuck footing a huge bill you can’t afford.

Drive-By Inspections
Simply put, someone should drive by every property you manage once a month. The amount you can glean just from a careful visual inspection of the outside of a home is enormous. Are there signs of a pet in a pet-free property? Is there enough clutter or waste outside that it’s becoming a liability or a pest attractor? Are the windows broken, the garage door left open when the tenant isn’t home, or the grounds ill-maintained? All of these are grounds for a written notification as well as the immediate scheduling of an in-depth inspection.

In-Depth Inspections
Hopefully once a year, you need to get eyes on the inside of every property, in detail. The process should be very much like a move-out inspection, with you taking notes, pictures, and video detailing everything that you would charge the tenant for if they were to move out as well as everything that you would have to fix at your own cost before a new tenant moved in. Then, you can sit and talk to the tenant about how they want to address those issues. If a faucet is leaky, when can you pay to get a plumber in and have it looked at? If they’ve pulled a bedroom door hinge out of the wall, can they fix it themselves (effectively and without making it ugly) or do they want to pay you to schedule your handyman to fix it?

An in-depth inspection is your tool for keeping on top of a property’s maintenance and repair needs. If you let any property go too long without being properly cared for, the cost of bringing it back to baseline starts to grow exponentially. It’s far cheaper in the long run to spend the time inspecting and performing basic maintenance than it is to learn two years later than the tenant has let a pipe leak for eighteen months and now you have to replace the entire bathroom vanity, floor, subfloor, joists, and that one pipe.