If You Can’t, It’s Obviously A Great Time to Rent a House! 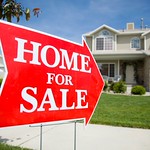 It’s actually been a very long time since buying a home cost more than renting one — since 1991, to be precise — but there are a lot of extrinsic factors that have made renting a better option in general for most people. But perhaps unsurprisingly, since the Great Recession hit in 2008, the number of people renting (and thus the amount of average rent) has skyrocketed, while the number of people buying (and thus the amount of the average mortgage) has plummeted.

According to Zillow.com’s Affordability Index, in Q3 of 2014, average rent topped 30% of average wages — whereas average monthly mortgage payments were a mere 15%. This seems like a very obvious market situation in which renters should be flooding back into the housing market to buy, but they’re not.

Why? Because it’s not a simple situation of supply and demand. There are barriers to the housing market that are rather extraordinary, especially for younger people.

How Hard Is It to Get a Mortgage?
The biggest barrier for young people is the 43% debt-to-income ratio allowed by the Qualified Mortgage rules. For a three-person family making just-graduated just-over-poverty-level wages ($38k, roughly), this means the total amount of debt they can have outstanding each month (including utilities, insurance payments, credit card and loan payments, and mortgage payments) must total $16,400 or less — that’s just $1,366 per month. A lot of skimming the Internet for US average bill payments led me to some rough numbers:
• $641/month for a payment on a new(er) car.
• $163/month for electricity and gas
• $82/month for water, sewer, and garbage
• $154/month for phone, cable, and Internet
• $414/month (yup) for insurance: almost all in health, but also car, home, and life.
• $18/month for Netflix/Hulu/Amazon Prime or other entertainment subscriptions

That’s $1,472 right there. Even if you assume that the $357 health insurance bill is covered by the ACA, they bought a used car on Craigslist and have no payments, and they don’t have cable TV, you’re still looking at $973/month — leaving them just $363 for a mortgage payment. That’s enough income to afford a $75,000 mortgage. Given a typical 20% down payment, that’s still less than a $100,000 home, which is basically nonexistent in a huge amount of the American market.

Speaking of the Down Payment…
That’s the other major barrier to home ownership. Even for someone making the median wage of $51,000 (thus being allowed 22k in annual debt — plenty for all those average expenses plus a sizable mortgage), scraping together $70,000 as a down payment (plus another $2,500 in closing costs) on a typical $350,000 home is challenging enough to leave you renting for a few extra years while you save frantically.

Between the two, you have a pretty solid explanation of why there are fewer first-time homebuyers (as a percentage of total homebuyers) this year than there has been since 1983. This, in turn, means that homeowners who are trying to ‘trade up’ have no market to sell to, and thus can’t sell and thus can’t buy themselves — creating stagnation through the entire consumer housing market.

What Does that Mean For a Property Investor?
Come back next week, and we’ll go over that aspect of the housing market situation in a bit more detail.