How and When to Raise Your Rents (Without Losing Tenants!)

How and When to Raise Your Rents (Without Losing Tenants!)

Vacancies are down, tenants are good, and your accounts are flush because nothing has broken in a few months now. Guess what time it is? It’s time to raise your rent! 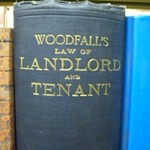 Counterintuitive as it might be, waiting until things are starting to get tight to raise the rent is exactly the wrong idea. If things are looking up for you, the likelihood is that it’s looking up for more of your tenants than not — and the opposite is also true. Wait until things are in free-fall and it’s likely to be similar for your tenants, and you’ll lose them. That’s hardly the only step toward a ‘clean rent-raise,’ though — here are a few other details to attend to:

Have a Reasonable Explanation On Hand
The one thing you can absolutely count on when you raise your rents is that at least a few people will ask you why it’s happening — and you can’t really say “because I think I can get away with it.” So have a logical reason you’re raising your rents.

Calculate your predicted expenses (start with taxes & insurance!) and how much higher they will be next year than they were this year, and have an elevator pitch handy to give tenants that demand an explanation. Fortunately/unfortunately, another thing you can absolutely count on is that your expenses will always be higher next year than they were this year — that’s what inflation is all about, after all. So even if things are looking up in an absolute sense, there’s always an angle that will make a rent hike look reasonable.

Another logical reason you can give is that market rents are up in the area. You should be doing this anyways to determine how much you can raise your rents. Zillow is pretty good for this in populated areas with their rent estimates. You can also do research on Craigslist. It helps to be able to rattle off the rents of a couple of neighborhood addresses if a tenant questions you.

Know Beforehand That the Hike is Reasonable
Before you raise the rents on your existing tenants, put a few comparable units in comparable neighborhoods up at the price you intend to raise to. Pay attention to what prospects say about the proposed rent. If you fill those units without a lot of fuss, you know that your existing tenants are getting a deal that might be a little too good.

If you don’t have comparable units in comparable neighborhoods, don’t worry — someone else does. Take the time to go through the listings for other houses in your neighborhood, and check out what other landlords are charging. It’s not quite as sure of a method, but in general, if your tenants aren’t going to easily find a better deal in a similar or better neighborhood, they won’t leave a well-managed place.

Ask Your Tenants How Much of an Increase They’re Comfortable With!
Why propose an increase amount to a tenant and upset them? Contact them towards the end of their lease about renewing it and use one of the logical reasons above to justify your request. Such a presentation might go something like this, “Due to increased property taxes and insurance, and the fact that rents in your neighborhood have increased by 11% since you signed your lease, we’d like to know how much of an increase in rent you’d think would be fair?” Now be prepared for their knee-jerk response of “zero”! You’ll have to sell it a little, just don’t be the first one to throw out a number. Often, tenants will offer more than we thought they’d agree to!

Communicate Amply
When you know that a rent hike is coming, tell your tenants as early as possible. If you plan on switching to a system that ‘auto-updates,’ such as tying your rent to the annual change in the consumer price index, include that in your lease agreement so tenants know it’s coming before they even sign on.

If you’re raising rents ‘on the fly,’ try to give at least double whatever minimum amount of warning time your state law requires — and tell the tenants that you’re doing exactly that. The more they see you as working on their behalf, doing what you can to make it easy on them, the fewer of them will leave when time comes.

3 thoughts on “How and When to Raise Your Rents (Without Losing Tenants!)”