DIY Landlords & the Power of Formality II: Not Being a Jerk

DIY Landlords & the Power of Formality II: Not Being a Jerk

It’s easy to be nervous about being a jerk to your friends — but they’re not just your friends, they’re also your tenants. 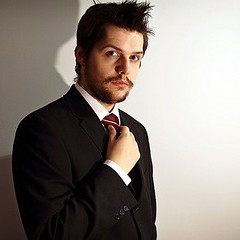 The #1 reason why folks who are landlording their friends and family prefer informality in their dealings is simple: they don’t want to be seen as a jerk. It’s easy to become the bad guy when you’re the one ostensibly demanding that a relationship that used to be based on nothing but mutual respect take on a monetary aspect.  There is no accounting among friends, and hopefully none between family — so when you start tracking debts and attaching real numbers to them, it is actually destructive to whatever relationship came before.

Actually, you can, and completely counter-intuitively, it’s the power of formality that allows you to get away with it. The process starts by bringing in that king of all jerks, a contract law attorney. (Sorry, tortfolk, we love you, but you know it’s true — when you want someone to actually cut through the vaguenesses and handwaving of informality and get down to the raw, jerky details, you’re the ones we call!)

Legal Obligation
One of the wonderful things about a lease agreement is that it’s legally binding on both the tenant and the landlord. Which means a cleverly-written your lease agreement that creates a legal obligation upon you to collect the rent at a specific time (and respond to late- or non-payment of rent in specific ways) absolves you of blame.

If you come up to your Aunt Em with an eviction notice and she asks you with tearful eyes how you can do this to her, you can be legitimately sympathetic. You can tell her, “I wish I didn’t have to do this, but the contract we signed obligates me to serve you with this eviction notice.” Effectively, you can blame either your contract lawyer and/or your own past self — which allows you to be on your tenant’s side even while you’re doing something that genuinely sucks. Even if you genuinely don’t want to do it!

Setting Yourself Up to Not Be That Guy
This means, however, that you have to sit down with an attorney and figure out exactly what you need your tenant screening agreement and your lease agreement (which will cover late- and non-payment of rent as well as the eviction process) to say. This might be costly in both time and money once, but when the documents are completed, they won’t need to be updated except when the law changes.

And once Auntie Em has signed them, you aren’t responsible for the decision to charge late fees, or evict, or any of that — you’re just fulfilling your legal obligations as set forth in the contract. Not doing so can get you in serious trouble, and that’s the honest truth. If your tenant complains, you can tell them that your lawyer insists that you follow the contract precisely, no matter who you’re dealing with.

Of course, this means you have to actually follow through on that — no cutting deals for some tenants and not others, or you run the risk of your ‘others’ finding out, which will blow the whole deal. So long as you develop a comprehensive set of contracts and stick to them, though, you can totally set a comfortable and safe level of formality with even your closest tenants and sidestep the whole ‘but I thought we were friends’ scenario at the same time.

2 thoughts on “DIY Landlords & the Power of Formality II: Not Being a Jerk”