The DIY Landlord’s Guide to Taking Pictures of Your House

The DIY Landlord’s Guide to Taking Pictures of Your House

If you know what you’re doing, you can get some high-quality photos from the default camera app on your smart phone. 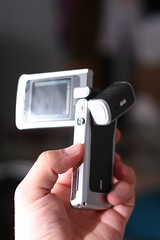 So you’ve got a house, and you’ve got ad copy that you’re pretty sure will sell readers on seeing that house — but this is the Internet age, and copy alone doesn’t sell anything anymore. You’ve got to have pictures of your house, and they have to compete with pictures created by professional property photographers hired by the big boys without costing you a month’s rent to acquire. Fortunately, the same technology that demands pictures also makes them available with a reasonable investment in effort. Here’s our best tips for turning your cellphone into a sweet property-photo-taking tool.

• Keep your phone completely level. If you take a picture with your phone tilted, you end up with a subtle but off-putting effect where two lines that are supposed to be parallel instead converge at the top (or, rarer but much worse, at the bottom). Whether the viewer recognizes it or not, it can make them feel like the home is ill-constructed.

• Rest on something or tuck in your elbows and hold your breath. The most obviously poor pictures of property are ones that are blurred, which is either the result of poor focus (rare in these days of ‘tap the screen to focus on whatever you’re looking at’) or movement during the picture. If you can’t find something to prop yourself upon, tucking your elbows in and holding your breath for a heartbeat while your camera clicks is the next best thing.

• Master all your options for taking a shot. Depending on the exact circumstances of your shot, you might be better off using the ‘soft’ button on the screen of your phone or the ‘hard’ button (usually one or both volume buttons) on the edge of your phone — don’t get stuck on either one.

• Move yourself, don’t zoom. Digital zooms like the one on your phone don’t actually zoom, they just blow up part of the frame, which loses detail. Just get closer if at all possible.

• Triple-tap. Just like they teach cops to shoot pistols, take three quick pictures of each subject you take one of. You’ll have to invest a little effort in picking the ‘winning’ shot later, but better pictures on your ad is worth the extra work.

• Clean your lens.Don’t ruin an entire batch of pictures because you didn’t notice you hadn’t.

• Landscape vs. Portrait: One of the stranger psychological aspects of property pictures: if the pic isn’t in landscape mode, the viewer is going to assume that you chose portrait in order to hide something just out-of-frame. In almost every case, adding more context to each shot is better, so stick with landscape as much as possible. (Exception: When you’re taking a close-up of a totally sweet specific detail, get in close and use whichever orientation allows you to get closest without chopping any of your target off.

• Use the ‘Rule of Thirds’.The most attractive pictures generally divide the frame into thirds, putting the main subject of the picture on one of the dividing lines, so 2/3rds of the frame is on one side of the center of the subject, and the other 1/3rd is on the other side.

• Try HDR Mode. Hi Dynamic Range mode is a great way to balance out pictures that have significant bright or dark areas in-frame, but it does take a longer exposure, so master the ‘steady shot’ tricks above first.

• Prep your shots. This should go without saying, but don’t try to take marketing-oriented pictures if the house isn’t clean and free of clutter. You can take shots of a furnished or unfurnished house, but you shouldn’t ever take a picture of a house that’s grungy, cluttered, or in mid-use and attach that to a well-written ad.

• Get Lit.Take your pictures when the lighting is at its best, meaning it’s bright out, but not enough to have obvious shadows cast by light coming directly in through a window. If you’re inside, turn on every light you can in the room and in all adjacent rooms so that you get the best possible light — but if you’re taking a picture toward a window, close the blinds so you don’t overexpose the whole kit and caboodle.

• Show everything that matters to a house-hunter. One of the most cardinal sins of house photography is putting up pictures of one side of the kitchen, or two out of three bedrooms, or all of the rooms except the basement. Viewers will assume (many from experience!) that anything you don’t show in the pictures is ugly, so show them it’s not by showing them clear shots of both sides of each room. Also include specific shots of important details like the tub, the major appliances that aren’t obvious in other shots, and of any special features you mention in the ad like balconies, walk-in closets, or built-in dressers or desks.

Come back next time and we’ll talk about how to put your newly-completed ads up to get the maximum number of responses with zero cost and minimal (though definitely not zero!) effort.