Another Reason NOT to Delay Tenant Evictions

Another Reason NOT to Delay Tenant Evictions 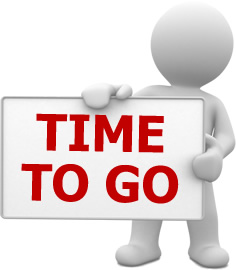 Very few people actually like to be perceived as a “bad guy” or “bad cop”.  Most of us want everyone to like us and will avoid conflict when possible.

Unfortunately, acting this way with tenants will cost a landlord more in the long run.

That’s why it’s so important as a landlord to be firm with your tenants about payments.  The old saying, “if you give them an inch, they’ll take a mile” is especially true with most tenants.  Once you allow them to get away with something as a “favor”, to them it becomes a given they expect going forward.

Tenants, in many ways, are like children.  They are always testing the limits of what they can get away with.  Just like children “play” parents off each other to get what they want, tenants will play landlord spouses or partners against each other.  They’ll quickly figure out who the “good cop” or “nice guy” is and learn to ask or beg that person for favors.

Kids will also quickly figure out if a parent’s threats mean anything or are just harmless.  Guess what?  So will tenants!  Tell them to pay or you’ll evict and you better promptly send an eviction notice and move forward with it if they don’t pay.

The ultimate reason NOT to give a tenant an inch is that if you set enough precedence with a tenant the courts may side with the tenant on a dispute.  For example, if you always allow a tenant to pay late and don’t charge them a late fee and then take them to court to evict them and add late charges to the amount they owe you, the court may waive the late fees if the tenant shows that you’ve never charged them a late fee before.

So, be sure to fully enforce your lease and be very careful about what you let your tenants get away with.