Flexibility Isn’t The Most Important Think for a Property Manager…But It’s In the Top Three. 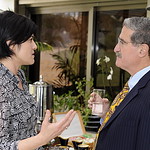 This is going to come as a massive shock to a lot of property managers out there, so brace yourself: most tenants want to pay you what they owe.  Most tenants want to be able to work out a fair deal for things like improvements. By and large, the significant majority of tenants have to be convinced that you’re a jerk before they’ll deliberately do something like pay rent late or paint a room without asking.

Yes, there are always exceptions. Believe me: Royal Rose Properties works in Detroit. We really have had tenants who moved in, sold every appliance that the house came with, and disappeared 48 hours later never to be seen again. But treating every subsequent tenant like they’re going to turn into that guy is pretty much exactly the wrong response. That’s why today, we’re writing about the art of negotiation in the property management world — because in the end, negotiating makes you look like the good guy, and if it gets you what you want, who cares if it happens in an unorthodox way?

The Space Between Yes and No

It’s quite easy to assume, when a tenant asks you a question, that the answers are “yes” or “no.” Can they pay rent a day late without paying the late fee? Obviously, the answer to that question is most times “no,” for several very solid reasons.

But what if the question isn’t “Can they,” but rather, “How can they?” If you think about it in terms of “what can they do to accomplish their goal of not paying a late fee,” you can almost certainly come up with a tradeoff that will be more valuable to you than the late fee would be. For example, with the tenant asking for the late fee waiver above you could negotiate to waive it only if they pay their rent by the first of the month for the next three months instead of waiting until the end of their grace period.

As an example, here’s a list of answers that Royal Rose has given to people who have asked for an upgrade to their rental over the past few years: