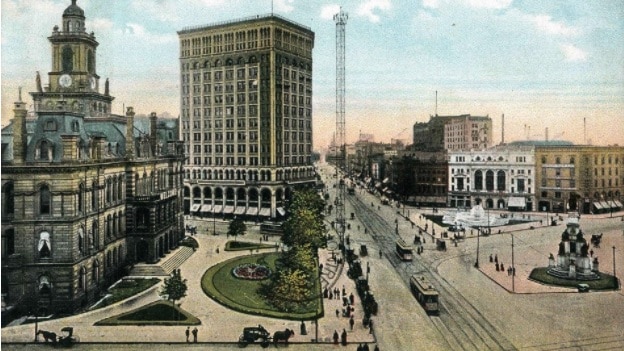 The City of Detroit has a rich history that most people have no idea about.

Luckily, the people before us have established multiple museums that preserve, highlight, and reveal the struggles and accomplishments that the city has gone through over the years.

So, whether you’re a landlord trying to promote your rental or a visitor looking to learn about the City of Detroit, this is your ultimate list of the most iconic Detroit museums to learn the captivating stories that shaped Michigan’s Motor City today.

From visiting the birthplace of funky music in the Motown Museum to witnessing the rise of technology in the Henry Ford Museum—one of these spots will surely satisfy your curiosities. Not everybody wants to visit the Detroit public library, but everyone surely wants to gain some interesting knowledge.

Experience the city’s transformation from a rural town to an industrial giant, understanding its key role in our country’s industrial age. Visit the Detroit Historical Museum to see accurate models of past railways, streets, and exhibitions from the 1840s, 1870s, and 1900s—such as the beautiful Streets of Old Detroit.

Known as one of the country’s top art museums, the Detroit Institute of Arts (DIA) is a huge museum that showcases 65,000 world-class worlds from the likes of Diego Rivera, Winslow Homer, Vincent Van Gogh, Andrew Wyeth, Henri Matisse, Mary Cassatt, and Andy Warhol.

There are even the “Detroit Industry” frescoes by Diego Rivera himself in a two-story entrance hall!

If modern art is your cup of tea, visit the Museum of Contemporary Art Detroit (MOCAD) to indulge in music, performing arts, and ever-changing exhibits that showcase the coolest of art installations. No boring paintings here!

Check MOCAD’s website for upcoming presentations, screenings, public programs, and exhibits to tickle your creative bone. Just take a look at John Korner’s International Super Fruits in the photo below:

This museum has the world’s largest permanent collection of African-American culture. With 35,000 items in its archives, many of these materials have their roots in the City of Detroit—including the Sheffield Collection that documents the local labor movement.

If you’ve ever driven by the area and saw a building with a magnificent glass dome, then you’ve found the Charles H. Wright Museum of African American History.

See a funky white house with blue trim? That’s the Motown Museum—the former photography studio by Berry Gordy. Today, this museum displays artifacts, photographs, apparel, and memorabilia. You’ll see a studded glove from Michael Jackson and step into the fully-preserved Studio A where the Supremes recorded their hit “Stop in the Name of Love.”

Music lovers will surely get a kick out of visiting the Motown Museum. It’s also said to expand its space pretty soon, with a new plaza for pop-up performances!

The City of Detroit is nicknamed “Motor City” for a reason!

If you have the time to explore outside the City of Detroit, head over to Dearborn to see the Automotive Hall of Fame’s exhibits on the history of auto style, the impact of motor culture, the men and women behind the automotive industry, and the story of America’s first interstate highway.

Even non-automotive fans will surely enjoy this history-filled museum, especially since it’s easily accessible—just a stone’s throw away from the famous Henry Ford museum campus.

The Henry Ford Museum of American Innovation and Greenfield Village

Henry Ford played a key role in turning the City of Detroit into the automobile powerhouse it is today, mainly because he established the Ford Motor Company. To document the iconic story, The Henry Ford Museum of American Innovation records living history across multiple historic districts—including a Model T ride and 1930s-era lunch.

Visit the Dearborn Truck Plant to see how they made the Ford F-150 Truck, take a seat in the bus where Rosa Parks took her to stand, explore how the Wright brothers made their aviation mark—all these and more to discover the trailblazers of American innovation.

Plus, take the time to visit Greenfield Village as well—the outdoor living history museum of the complex.

Here, you’ll see almost a hundred historical buildings from the 17th century arranged in a “village” setting, depicting how people used to live and work in the City of Detroit. Attractions include the Wright Brothers’ bicycle shop and home, a replica of Thomas Edison’s Menlo Park laboratory complex, Henry Ford’s birthplace, and even his prototype garage where the Ford Quadricycle was built. 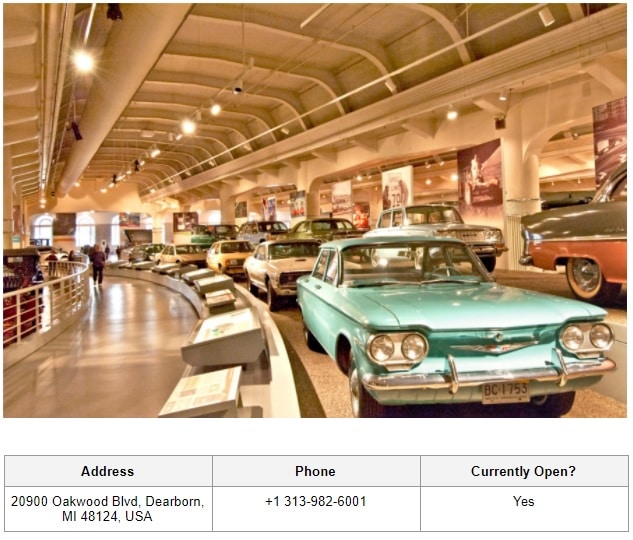 The City of Detroit has an overwhelming history filled with the most interesting stories. As you can see, these museums have captured the essence that made the city the success that it is today.

Learning about the City of Detroit is one firm step towards understanding its many neighborhoods, diverse cultures, and unique personalities in every nook and cranny—helping interested residents decide if they want to move to the city, and allowing investors to grasp the roots of Michigan’s biggest city.