7 House Sounds That Can Cost You Money

7 House Sounds That Can Cost You Money 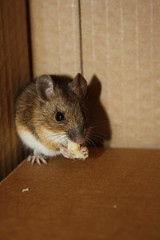 Water is Running…but No One is Using Any
When you hear the telltale sound of someone using water, but there’s no one in the bathroom or the kitchen, it’s time to investigate. Most likely, the culprit is a stuck flapper on the toilet, but if that’s not it, check the sprinkler system, the dishwasher, and the washing machine as well. If none of them are having issues, turn off the water to the house and look very carefully around everywhere for signs of pooling water or visible water damage along every wall, in the crawlspace, and around the outside of the house.

You’ve Got Bangin’…AC (or Furnace)
If your air conditioning (or heater) makes any sort of clunks, bangs, or thumps when it turns off or on, it can mean any number of things…almost all of which means a call to the repairman. If you can’t find a specific register or something trapped in the ducting, there’s a problem to be solved.

Skitters: Bump in the Night
If your house makes skittering, thumping-bumping, or scratch-scratch sounds, you probably have rodents or other pests living with you. Listen for where they’re coming from, and report to a pest control person immediately — if you don’t, you could end up with a house fire, many of which are caused by rodents chewing through wires.

Scrintches: Accidental Birdbaths
On the other side, if what you’re hearing is more of a metallic scrintch-y sound — especially if it comes from high up on an outside wall, or just after it rains — you’re probably hearing birds in your gutters. Not a huge problem in and of itself, except it means that your gutters aren’t draining properly, which means they need cleaning before their malfunction harms a more important part of your house.

Your Lights Are Buzzy
Contrary to some beliefs, no light bulb should ever buzz by default — but every bulb will buzz on a dimmer at some levels. Without the dimmer, that buzz means different things for each kind of bulb.
• Incandescent bulbs are about to die if they buzz during normal use; it means the filament is weak and flapping.
• Fluorescent bulbs buzzing means the ballast is loose — no big deal — unless it suddenly gets louder. That means the ballast connection is faulty, and the bulb is a risk of both fire and mercury toxicity.
• LED bulbs buzz under certain types of electromagnetic interference — most commonly a microwave nearby. If your LED buzzes when nothing is on within about twenty feet, it’s about to explode! Just kidding — it probably means there is electromagnetic interference, but it’s somewhere less obvious, like in the wiring. Usually, actually, a non-issue.

Your Fridge is Popping and Locking
Your fridge really should only make two noises: “I’m running,” and “Ice-maker rattle.” If it’s making popping, clanking, rattling, or almost any other sounds, it could indicate a problem with the compressor. Clean the coils and listen — if you hear the noises again in the next few days, get ready to shell out.

Screechy Dryer
If your dryer makes a shriek or a screen during operation, it’s almost a sure thing that there’s a belt loose inside — if you don’t pay a technician to fix it, you’re going to end up paying for a new dryer, because the next step is the drum coming off of the rotor entirely.

No home is ever silent — but quiet is plainly better than loud and obnoxious. Don’t ignore those noises! If you’re a tenant, report them to your landlord immediately. If you’re a landlord, figure out what it is…and how much it’s going to cost to fix it.